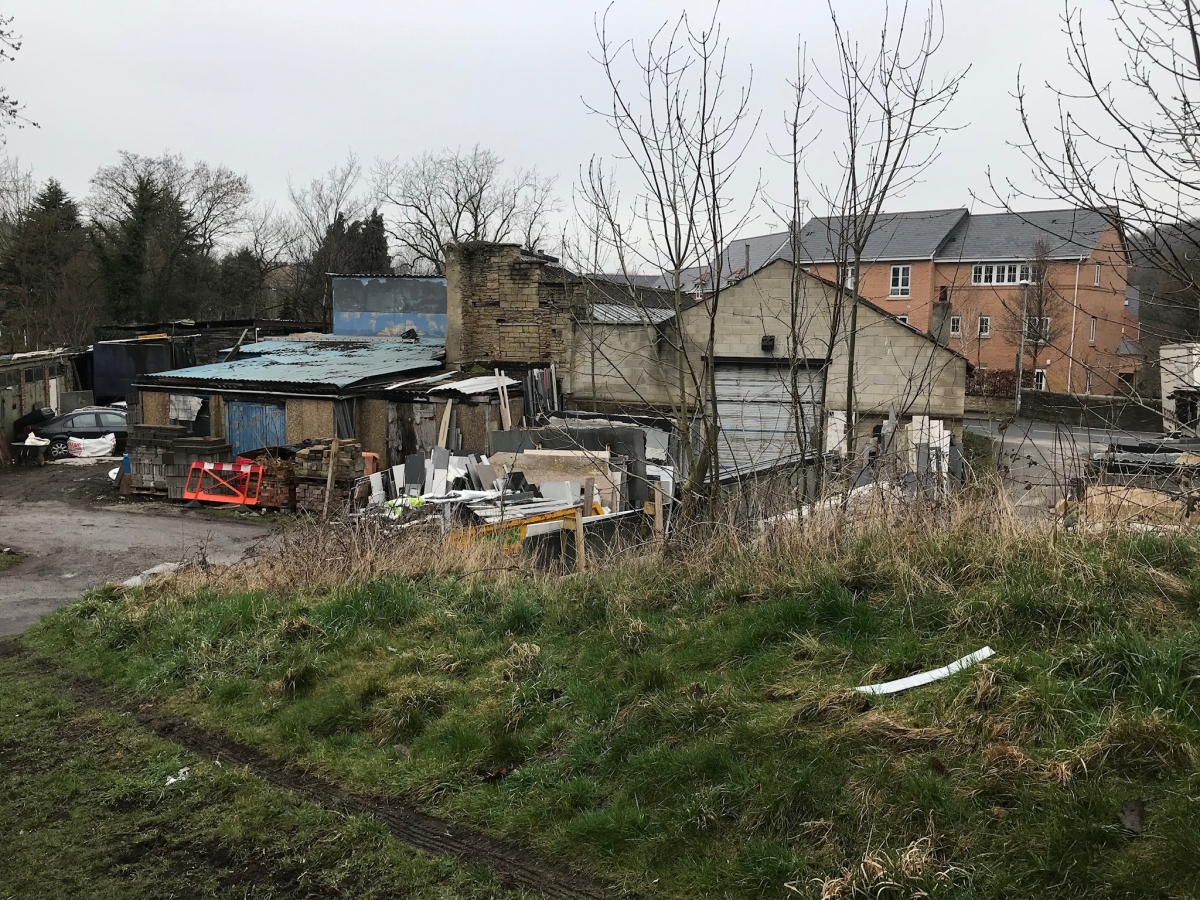 FOR SALE
Print this page

A SITE OF 0.65 ACRES WITH FULL PLANNING PERMISSION FOR 5 UNIQUELY DESIGNED COURTYARD HOUSES

DESCRIPTION OF THE PROPERTY FOR SALE LS28 9LD

The site being offered for sale is approximately of rectangular shape and can be seen to have two main areas.  To the north and west is a flat section with frontage to both Pudsey Beck and Troydale Lane. A second part to the south west slopes up adjacent to Troydale Road.  The southern boundary of the site abuts two third party ownerships.

The first part of the site, as we have described above, houses the remains of the former local mill’s workshops.  They have, however, primarily been used by our client for the last 30 years for motor vehicle repairs.

In the centre is a single storey stone building offering a combination of workshops and stores. Totaling approximately 380 sq m (4,090 sq ft).  To the west and in the curvature of Pudsey Beck is an open sided metal framed shelter of 79 sq m (850 sq ft).

Finally, just to the south of this there is a row of old garages with an area of 77 sq m (830 sq ft).  None of these buildings are to be retained under the current planning permission. The site will be sold as seen with demolition the responsibility of the purchaser.

The site has a total area of 0.65 acres. According to the site plan which gained consent, the main developable area in the centre of the larger ownership measures approximately 0.3 acres.

For further information and to make arrangements to view, please contact
Tapp Chartered Surveyors on 0113 243 0920.

WHAT OUR CLIENTS SAY